Fishing is one of our favorite pastimes, so it’s no wonder that we want to share the love with our readers. One of the questions we frequently get is “what are crankbaits”? In this article, we’ll explain what crankbaits are and how you can use them. We’ll also share some of our recommend crankbaits.

A crankbait is a lure used in fishing designed to mimic a baitfish or crayfish’s movements that is used to catch bass fish. It’s carved out of wood or made from plastic and found in two categories. One type has a plastic or metal lipped bill. The plastic bill is easier to work with and formed into a scoop shape that resembles a spoon.

As you may have guessed, the lipped bill causes the lure to dive underwater when it’s retrieved. It works by creating resistance to the retrieve action, where the angle of the lip forces the lure deeper and deeper underwater as the rate of retrieval increases. Also, suspended baits float when sitting still, and it’s when you retrieve it, it begins its underwater dive to attract other fish.

A second type is lipless that’s specially designed without a lip so they can’t dive. Instead, lipless crankbaits sink, making them better suited for a rapid pace through the water with their inherent wobble, enticing hits along the way.

Anglers are a creative bunch, and you love to try different techniques with lures. You weigh down the lipless lure by adding BBs to the inside, making a noise as the lure wobbles during a quick retrieve.

The noise attracts other larger fish, which should result in more hits. You will notice that a lipless crankbait attaches the line at the top instead of the front as with lipped crankbaits.

While some fishermen add BBs to their lures to change their characteristics, the right amount affords the lure a buoyancy level that almost makes their weight neutral underwater, meaning that they will suspend until the next time they’re retrieved.

A crankbait wobbles as it moves through the water. It’s the movement, and in some cases, the sound it makes creates an illusion that the bait is alive and moving through the water under its own power. It’s precisely this action that attracts fish and encourages their reaction to hit the lure.

Each type of the lure’s design characteristics determine how deep it dives, and depth is also defined in part by the type of line used on your reel. Braided line floats and offers resistance to the lure, increasing its buoyancy. Fluorocarbon line sinks and is the best for a crankbait because it allows the bait to run at its maximum depth.

After reaching its maximum depth, it will stay on that plane for a short time then start rising again until it’s back at your rod. There are three types of crankbaits for bass described here based on their diving depths.

Typically, a shallow depth crankbait is smaller than deep divers and have more buoyancy. Wakebaits, a type of crankbait that rides just under the surface of the water, are shallow divers, too. There is no mistaking their “V” shaped wake pattern while you’re reeling in and preparing for another cast. Wakebaits work very well in rivers where the risk of snags is high. Shallow diving baits attract smallmouth bass, and sometimes they’ll rise and take a swipe at the bait as it passes by just overhead.

A characteristic of shallow divers is their uncanny ability to attract fish that are going after bait schools. Small minnows jumping on the surface is a dead giveaway of an imminent attack by predatory fish.

Medium divers have longer lip bills compared to a shallow diver. Typically, their depth is three to seven feet, but that’s only an average. You’ll notice they’re a little heavier and weigh in at about 3/8th oz. and get larger and heavier.

For bass, start thinking about medium to deep depths, too. Too many anglers believe that bass live in either shallow or deep water, and nothing could be further from the truth. Summertime bassing can provide the best summer fishing experience you’ll ever have. Stay in the seven to twelve foot of water range. This depth often gets ignored when the water temps reach into the 80-90 degree range, leaving all that space for some great fishing.

The deep-diving crankbaits for bass typically have large bills so they can go deep fast. Part of the reason for the deep-diving capability is the extra weights like BBs or ball bearings. These baits can get very large in comparison to the other sizes. Six inches and weighing over an ounce is not uncommon. You may already sense that to cast a bait of this size, your rod needs to handle the extra weight.

Think about the success you could have at the middle depths in the twelve-foot range with a rod that can handle the extra weight and quickly retrieve a deep-diving crankbait.

What to Look for in a Crankbait

Using crankbait for bass fishing has earned many anglers top prizes, and the techniques you come up with definitely outperform when others fail. Aside from techniques and types of baits, deciding on colors, especially in shallow water, can confuse. If you understand a few key factors, you can avoid spending too much money on a slew of different colors.

You’ll have to spend some time checking out your favorite spot and studying the forage that bass favor. Walk around the edges and sides of the banks if you’re a bank fisherman. If you’re a boat angler, spend some time trolling and looking for typical cover. Look for crawfish, too. You’ll soon get a good feel for the predominant color you should focus your attention on and buy baits in those colors.

Whenever you’re fishing in clear water, semi-transparent natural colored baits will provide you with the best results overall. Remember, bass see good in this environment, to try to make sure the bait blends in well with the surroundings. If you’re in cloudy or murky water, bright colors do the trick.

Keep in mind that bass will track your bait, so make it easy for them to see and follow the crankbait. The sky above plays a role in how well bass can see. A cloudy day calls for opaque or solid colors so that bass can see the bait. Sunny days require more translucent colors for the best results. The environment will determine the best crankbait for you.

How to Use a Crankbait

Using the information provided here should get you started on your way to some productive bass fishing days. The following are a few tips for working a crankbait. By far, the most popular method is a steady retrieve that you can use to cast and reel a large area quickly. After your first fish, keep working the area, and you will likely catch a few more very soon.

You can use the stop and go method to allow the bait to rise and fall in the water, simulating an injured baitfish. You can experiment by changing the speed and rhythm of your technique. The technique works well for finding fish hiding under and around structures, and will help you determine the best crankbait for that situation.

If you’re fishing in deeper water, the yo-yo presentation works well by raising and lowering your rod tip. Let the bait drop after a count of about 10, then raise again. Consider the weight of your line, too. The heavy line slows the fall rate, and a small diameter line will speed up the rate.

Best Fishing Tournaments to Put Your Fishing Skills to the Test! 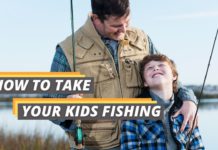 How to Take Your Kids Fishing and Make It Memorable 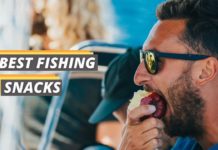