Waiting for fish to nibble your lure can be boring, but it doesn’t have to be. Throw these best fishing jokes, and you’re more than likely to “reel in” a laugh or two – even if it’s a tough crowd! Do you prefer a short, oneliner fishing pun? Our list has it too.

Cracking jokes can be a fun way to engage with your fellow anglers and provide a little comic relief. You can even tell funny fishing jokes to distract competitors. But remember, delivery is the key here!

Dad + fishing = funny fishing dad jokes that are entertaining and make for a good chuckle! If you are a dad who wants to lighten the mood during your fishing trip, try out these fishing dad jokes.

Do you catch yourself saying “it’s cold” like a broken record? Swap it with these funny ice fishing jokes and add a little more laugh to your trip!

Fishing puns are an excellent way to play a joke on a friend who loves fishing or poke fun at anyone who is too serious about the sport. Here are some funny fishing puns:

Fishing involves a lot of effort and skill and can be an excellent hobby and sport, but it also needs to be fun. Thankfully, there are a lot of funny fishing quotes, jokes, and puns which can lighten up the mood!

How to Catch Octopus: 6 Ways to Catch an Octopus 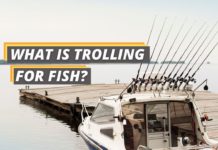 What Is Trolling for Fish? 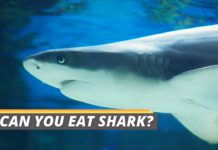 Can You Eat Shark?