The dorado fish is a beautiful and vibrant fish with an odd-looking protruding forehead. But, don’t take this fish very lightly! They put a good fight and swim fast up to 57mph! So, if you’re planning to catch one, you’ll want to read our entire guide – unless you want to leave empty-handed.

What Is a Dorado Fish?

The dorado, also known as mahi-mahi, is one of the most colorful fish in warm ocean waters. They often swim in groups of two or more and gather around boats and debris. They also spend most of their days hunting for food to manage their bottomless appetite.

Where to Catch a Dorado?

You can find and catch dorado fish in warm ocean waters, specifically in the Atlantic, Pacific, and Indian Oceans. Since they are migratory, you’ll also find them near Hawaii, Mexico, and Central America. Most of the time, they swim within a hundred feet from the surface.

As mentioned, the dorado is an extremely colorful and vibrant fish. Their backs are a bright blue-green color, while their stomachs are gold. On the other hand, their sides have multi-colored and sized spots.

Fun fact: When they die, their color fades to a dull gray-green and silver.

How do you tell males and females apart, you ask? The male dorado or bull has a protruding forehead, while the female or cow has a more rounded head. The males are also long and thin with a large v-shaped tail fin which allows them to swim very quickly. They also typically grow to about a meter long and weigh around 15-30 pounds.

What Do Mahi Mahi Fish Eat?

Mahi-mahi uses their large mouths to hunt almost anything in their path. When they are young, they often eat planktons. They move to jellyfish, shrimp, and small fish as they grow old. The flying fish makes up about 25% of its diet.

Fun fact: Dorado are fast swimmers. They can swim up to 50 knots or 57 mph.

The mahi-mahi does need to watch out for larger predators. Sharks, whales, and large tuna fish all feast on the dolphinfish.

How Does Mahi-Mahi Reproduce?

The Mahi-mahi are known as the rabbit of the seas for their quick and frequent mating cycle. As a matter of fact, they can start spawning between four and five months when they reach maturity. So, how do they produce?

Dorado fish reproduce through broadcast spawning. It is a behavior wherein females release embryos, and males release sperm simultaneously. Within days, the embryos will hatch. The juveniles spend most of their young lives hiding amongst the seaweed for protection against larger predators.

Fun fact: Juvenile dorados grow quickly at a rate of about two and a half inches per week.

How Do You Catch a Dorado?

There are two ways to catch a dorado – bailing and trolling.

With bailing, you’re going to throw the bait (chum or fish chunks) near a floating seaweed. As mentioned earlier, the dorado is attracted to floating objects. For better success, especially when attracting a group of dorado, it is highly advised to have a bucket of chum.

On the other hand, trolling is a popular technique to catch dorado. Since this fish is strong and a fast swimmer, it is recommended to troll between 2 and 9 knots. You can experiment and try different speeds. What is important is that you keep your boat at a steady pace. How about the spread? You can have three up to four rods. For the outer roods, use two rigged ballyhoos. Then, use a trolling lure for the middle rods. An artificial trolling lure works fine.

Is Mahi-Mahi a Dolphin or Fish?

Mahi-mahi is a fish and not related to dolphins. Their nickname, dolphinfish, came about due to fish’s behavior of hanging around boats, which dolphins also do.

What Is the Difference Between Dorado and Mahi-Mahi?

There’s no between dorado and mahi-mahi; they are the same fish. Dorado fish are referred to by many names. In the Pacific Ocean, they are most often called Mahi-mahi after the Hawaiian word for “very strong.” In other parts of the world, it is called dorado or dolphin-fish.

What Is the Biggest Dorado Ever Caught?

The largest confirmed dorado ever caught was an 87-pound fish. It was caught in 1976 off the coast of Costa Rica.

The dorado is one of the most popular and enjoyable fish to catch in the world. The population is growing steadily, and we do not need to worry about losing this magnificent fish anytime soon. From the easy baiting to the challenging wrangling, all the way to the delicious dining, this fish is an all-around exciting sportfish. For the recreational fisherman, catching this fish is a once-in-a-lifetime challenge that needs to be experienced. Make sure you’re prepared for a struggle because this fish is not going down without a fight. 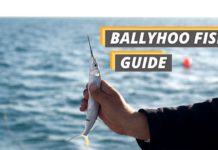 The Ultimate Guide About Ballyhoo Fish 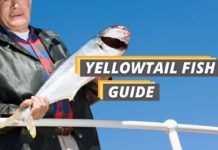 Yellowtail Fish: Where to Catch and More 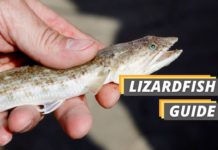 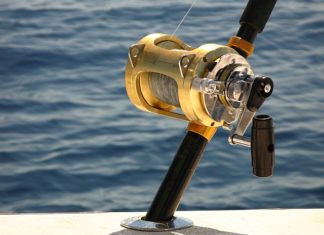 Trolling is a technique which involves targeting a suspended fish that could be found in deep water. These fish would include bass, trout, tuna,...