The beautiful Quesnel lake is located in Eastern British Columbia in the Cariboo Mountains. The lake is known as one of the deepest fjord lakes in the world with a depth of 2000 ft. (about 610 meters). Quesnel lake is 27447.7 ha. in size. You can find several trophy-class fish in Lake Quesnel, such as the rainbow trout, which weighs over 18 lbs. (8 kg) and the bull trout, which also weighs about 18 lbs. (8 kg). You can also find the lake trout, which weighs up to 44 lbs. (20 kg), and the kokanee, which weighs up to 4.5 lbs. (2 kg). The fishing setting on Lake Quesnel is of pristine wilderness, although you can also find a number of boat launches, recreation sites, and resorts on the western shores of the lake. Additionally, the Quesnel lake is divided into three sections (arms), with each arm having its own unique scenery and characteristics. If you prefer lure or fly fishing, then Lake Quesnel is great for you.

The Willston Lake is located in the northern area of British Columbia and is actually the largest lake in BC. It covers an area of 173139.7 ha. The lake is among the best lakes in BC because it is manmade, and intercepts the Finlay, Parsnip, and Peace rivers. Being a manmade lake, Lake Willston is the 7th largest reservoir in the whole world with many river mouths and inlets. The lake is also fed by rivers Manson, Nabesche, Ingenika, Omineka, Ospika, and Nation, alongside several creeks. Lake Willston is one of the best fishing lakes in BC because it has a variety of well-grown fish such as white fish, rainbow trout, arctic grayling, kokanee, and bull trout. If you like long fishing weekends so that you can spend an extended amount of time with your family or friends, then the Willston Lake is the perfect spot for you. It has several camping spots along its shores where you can have a really good time as you fish.

The enchanting Slocan Lake is nestled away in the Valhalla Mountain Range shadows. It is one of the best lakes in BC for fishing because of its well-sized fish. The Slocan Lake is 6848.9 ha in size. While fishing on the Slocan Lake, you can catch Gerrard rainbow trout that weigh up to 10 lbs. (5 kg), and also bull trout that weigh about 9 lb. (4 kg). Locals have discovered various tricks of catching different kinds of fish in the Slocan Lake. If you want to catch some trout, then you may want to target the mouths of the numerous creeks that feed into Lake Slocan. On the other hand, if you desire to catch some kokanee, then trolling is your best bet to catch some big kokanee. The lake also has campsites along its shores that offer scenic access to the deep cool Slocan Lake, making it a nice option for a weekend getaway with your family.

The Alta Lake is located next to the Whistler Village, and is just one and a half hours away from Vancouver (downtown). Alta Lake covers about 103.9 ha of land. The lake is among the best lakes in British Columbia because it is not only an excellent fishing ground, but it is also located next to Whistler, which is a hot spot for tourists. Alta Lake has many different types of fish that make the drive along the Sea to Sky highway totally worth it. You can catch a cutthroat trout as big as 24 in. (60 cm) in size. The glacier lake also has numerous rainbow trout, and you can actually catch one that is 12 in. (30 cm) in size. There are also some Dolly Varden and Kokanee in Lake Alta. If you love a great fishing adventure, then you will likely have a blast on Lake Alta.

Emerald Lake at Yoho National Park, which also houses Lake O’Hara, is a beautiful alpine lake that gets its name from the powdered limestone that melting snow carries down from the surrounding peaks. The blue/green color gives it extra vibrance in photos. Brook Char and Rainbow Trout are frequent catches. There is a 5.2-kilometer hiking trail that surrounds the lake.

Duck Lake is located next to the Creston community and covers an area of 1212.3 ha. The lake has earned its spot on this list of best fishing lakes in BC because it is known for largemouth bass fishing. Although the lake has a low fishing pressure, you can catch some impressively sized bass fish on it. The average bass fish caught on the Duck Lake weighs about 1 kg. Thanks to the low fishing pressure on the lake, you can enjoy a peaceful, quiet, and productive time while fishing. Since Duck lake is shallow and bowl-shaped, it has few structures that act as fishing grounds. However, if you intend to use a rowboat that is considerably small in size, you can target the weedy areas of the water.

The Nilkitkwa Lake occupies a narrow channel between the Babine River and the Babine Lake in the northern territory of BC. It is one of the best lakes in BC especially because it is famous for its rainbow trout. If you are a fisherman that loves rainbow trout, then the Nilkitkwa Lake is your dream fishing spot. In fact, the rainbow trout from Lake Nilkitwa is so good that the lake also goes by the nickname Rainbow Alley. Moreover, the lake has trophy-sized trout as well as large hatches of insects to facilitate the fishing process. The rainbow trout on the lake can weigh up to 13 lbs. (6 kg). Additionally, you can catch cutthroat trout that weigh up to 2 lbs. (1 kg) on the lake. There are also lake trout that weigh about 26 lbs. (12 kg). The lake allows only fly fishing and has relatively low fishing pressure. It covers an area of about 461.7 ha.

Another one of the best lakes in British Columbia to carry out fishing activities is the Sheridan Lake. The lake is located between Little Fort and 100 Mile House, and is the best spot for fishing trout in the province. The lake covers about 1654.6 ha of land. The rainbow trout caught in the lake can weigh up to 17 lbs. (8 kg). This is because the trout have access to hundreds of freshwater shrimps in the lake to feed on. About 300,000 fish are stocked into the Sheridan Lake each year, which guarantees you a ripe fishing ground any time you fish on the lake. Additionally, the lake has several boat launches and resorts to accommodate ambitious anglers. Moreover, if you like exploring as much as fishing, you can have a great time exploring the hidden islands and coves on the Sheridan Lake.

It is clear that BC is a hot fishing spot due to its many lakes. In which of the above best lakes in British Columbia will you be fishing next? We would like to know where your next fishing destination will be. Reach out to us today. 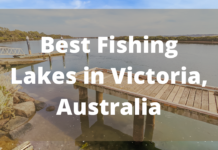 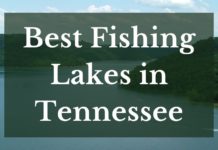 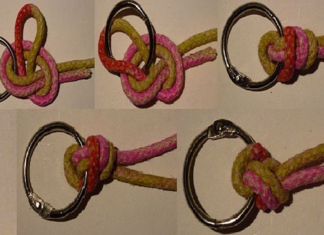 8 Critical Fishing Knots You Should Know

Imagine fishing on a pleasant Sunday morning on a river that calmly meanders through the forest. A river bustling with fish of all sizes....

Spearfishing Maui: Everything You Need to Know

The Differences Between Fly Fishing and Spin Fishing

What Is the Best Ice Auger?