It’s time for a quiz: How many types of salmon are there? If you’re like most people, you probably instantly think of Alaska, and that salmon is delicious. Well, yes, both of those are true—however, there is more than just “Alaska salmon.” Today, we are going to learn about all the different types of salmon, so you’ll want to stay glued to your seat for this one.

Fun fact: Many types of salmon change their color when they are in the spawning phase. They do this to attract possible mates.

Did you know there are 5 types of salmon living in the Pacific Ocean near the United States? If you are in Asia, you have two types of Pacific salmon that you can fish for.

Like many varieties of salmon, Chinook salmon are anadromous. This means that they are born in freshwater and later migrate to saltwater. Once they are approximately 3-4 years old, they migrate back to the rivers they came from to spawn. This journey is exhausting for the salmon, and 100% die within a few days or weeks from spawning.

Additionally, Chinook salmon change colors throughout their life cycle. Juvenile chinooks have something called parr marks on both sides of their body. This feature allows them to camouflage themselves in freshwater. Interestingly, once they make it out to the ocean, their back turns dark, and their belly becomes lighter.

What’s even more impressive is that once this variety of salmon returns to the freshwater rivers to spawn, they become a brown or red color. The males also develop larger teeth and a humped back.

Fun fact: Many food connoisseurs consider the King salmon the best tasting type of salmon because it is large, has a high-fat content, and is rich in Omega-3 fatty acids.

Red salmon are also anadromous. In June or July, this variety returns to freshwater (rivers, streams, or lakes). They live their adult lives in the ocean, only returning to the river to spawn.

During spawning, female Red salmon use their tails to dig a hole (experts call it a redd). This hole is where they will lay their 2,000-5,000 eggs. Unfortunately, they ultimately die within weeks of spawning.

Chum salmon are the second-largest variety of Pacific salmon.

Once they are born, they move fast to the ocean’s salty water. Unlike Red salmon, they spawn from late summer to March, though the peak is early winter.

Chum salmon have a varied diet, eating everything from other fish to squid or copepods. This type of salmon has a vast range and lives from the coast of Oregon to the coast of Alaska. In 2019, the largest harvest of chum salmon was in Alaska. The harvest was approximately 113 million pounds!

Fun fact: Chum salmons have lean flesh with a lower fat content than other types of salmon. However, their roe is commonly used in sushi.

Like many varieties of salmon, Coho salmon begin their life buried in gravel. Once they hatch, they eat plankton and various insects. When they become adults and live in saltwater, their diet changes. They often eat anchovies, herring, or sardines. Like Chinook, they also change color. A Coho salmon in the spawning phase trades in its silver-blue scales to a deep reddish hue.

Pink salmon have several unique features compared to other types of salmon. They have a two-year lifecycle and only return to spawn during their respective year.

Pink salmon is one of the smallest varieties of Pacific salmon. They usually weigh from 3.5-5 pounds. Although they are the smallest, they are the fastest-growing out of the bunch – they increase in size once they reach saltwater.

Pink salmon are mostly in fisheries or fish farms, but you can also find this type of salmon along the Washington and Oregon coasts.

The Masu salmon is unique because it lives in the Asian part of the Pacific Ocean. There is a high concentration of Masu salmon on Hokkaido Island in Japan. The species has a great refuge there, as the island is home to 32 conservation areas. Unlike other species of salmon, Masu salmon do not migrate long distances.

This variety of salmon has visible red spots on its body, making it unique compared to other types of salmon. It is often considered a subspecies of the Masu salmon. Some argue that they should both be the same species.

These Asian Pacific salmon are also anadromous like the other salmon species. They live most of their adult lives in saltwater. They return to freshwater rivers and streams to spawn. However, the Amago salmon is often used in aquaculture, lives in western Japan, and can grow up to 20 inches long.

While there are five types of Pacific salmon, there is only one Atlantic salmon. They are usually found in the New England or mid-Atlantic area. There are also populations in Europe. In North America, the Atlantic salmon is a protected species. In fact, the last Atlantic salmon fishery closed in 1948.

There are other types of salmon than the popular Pink salmon or King salmon. You have Chum salmon, Atlantic salmon, Coho salmon, and more! Let us know in the comments if any of these types of salmon caught your attention. Happy Fishing! 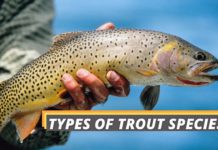 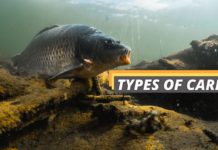 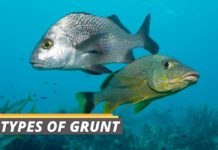